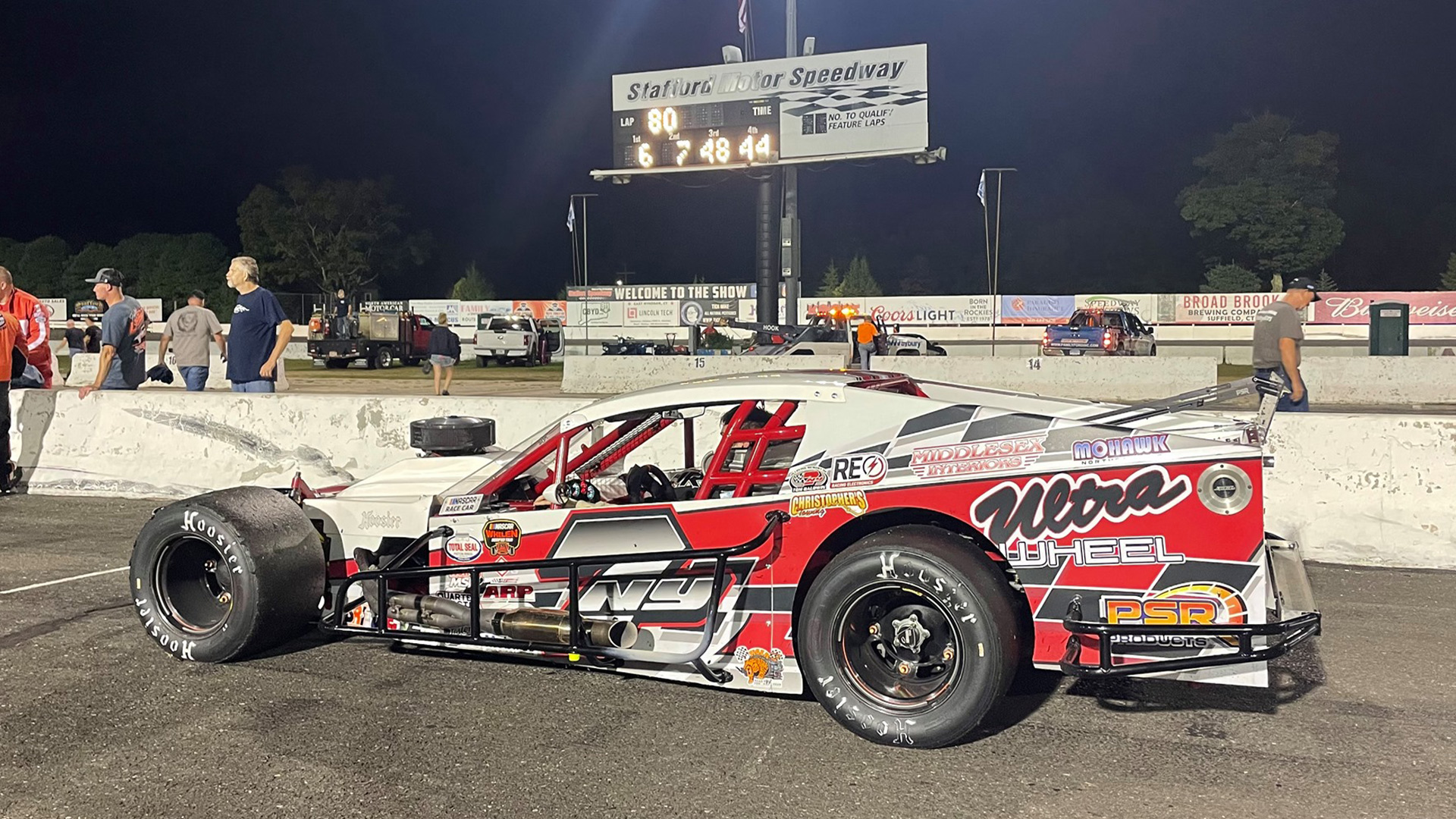 Following months of planning, preparation, and testing, the debut of the all-new PSR Pro Series Modified chassis, created by North Carolina-based PSR Products, was the talk of the Modified racing world following a successful first run at Stafford Speedway.

From its first laps to the drop of the checkered flag at Stafford, the all-new PSR Pro Series chassis performed flawlessly in its maiden voyage.

“We’ve been working extremely hard in recent weeks to make the new PSR Pro Series car the best it can be, and I’m super excited to see that hard work pay off with a successful first run,” said Phil Stefanelli, owner of PSR Products and mastermind behind the PSR chassis. “Tommy (Baldwin) and his guys gave the new car really high marks after Stafford and our phones have been ringing ever since then from customers wanting to switch to the PSR Pro Series car.”

Baldwin, owner of the TBR team that has taken checkered flags in Modified events from north to south in recent years, sang the praises of the new PSR Pro Series Modified chassis that turned heads at Stafford.

“Everything went according to plan with this new PSR Pro Series car,” said Baldwin. “The car reacted well and responded to everything we did. What’s even better is we really didn’t have to do much because it was really good when we unloaded it, obviously, being quick in both practices.

“There’s been a lot of phone calls and I’ve been hearing from a lot of people that are interested in the car. We’ve got a great game plan in place to make this car all that it can be.”

With Baldwin and his successful No. 7NY team already in its corner, PSR is looking to build its Pro Series customer base, while keeping it relatively small in order to provide customer service that is unmatched in the Modified racing community. With each Pro Series chassis sold, customers will be able to benefit from the knowledge and expertise of both Baldwin and the PSR team to help gain speed and earn trophies.

“Customers who strap into a PSR Pro Series Modified won’t just be wheeling a highly-adjustable, safe, and Tour-legal Modified, but they’re also a part of our PSR family,” added Stefanelli. “Tommy and I are putting our heads together to be able to provide each customer as much information and support as we can. We don’t want to just sell you a car and wish you luck. We want to help you get the results you deserve.”

The motto of “For racers, by racers” reflects PSR’s dedication to offer the best products and service in a reliable, timely and professional manner. That’s what PSR expects as racers and knows that other racers expect the same. Based in Midland, North Carolina, PSR’s extensive line of Modified parts, components, chassis, bodies and setups have gone to victory lane at tracks across the country. While the success of the past and present fills the PSR staff with pride, the work to make their chassis and components even better in the future never stops.